Taking some of my own advice, I have started the transition of developer machines at Axosoft. Our previous dev environment was: There’s a great story behind the pink pony in the picture, but that’s for another blog 🙂

So we just started a transition for our developers to a Mac Pro setup. 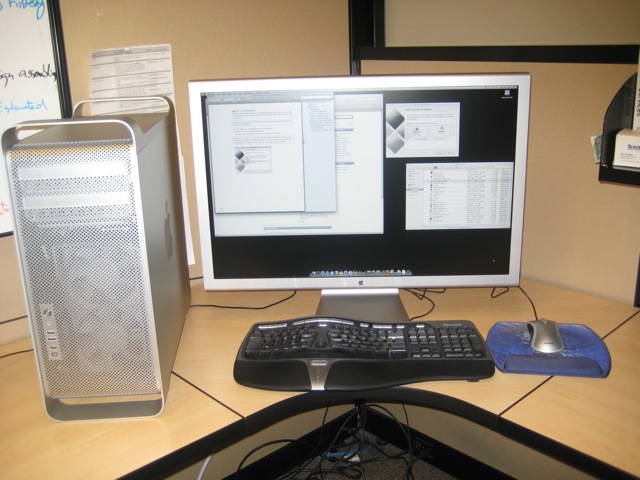 These workstations are absolutely amazing. They are the world’s fastest workstations for running Windows, and of course, they are the world’s fastest for running OS X. The idea is that our developers now have the best of both worlds and they have the flexibility to meet changing Axosoft demands. With such blazingly fast machines, they could choose to run Windows in a virtual environment and still run it faster than their old setup.

One question you might have is why did we switch to desktops from laptops? We had initially gone with laptops to allow for easier portability of the machines in case of travel, meetings, etc. However, about 51 out of 52 weeks of the year, the laptops didn’t move from the desk. For the 1 week that they did, the developers determined it wasn’t worth giving up the performance boost that comes from a desktop.